By continuing to browse this site, you accept the use of cookies. Find out more OK

Two for one entry tickets

For visitors staying at the local camp ground "La calanque"

Every day except tuesdays :

The museum is accessible to people with reduced mobility.

Unique in Europe due to its collections and overall theme, the Musée de l'Aventure du Son displays a collection of more than 1000 gramophones, radios, and mechanical musical instruments.

Housed in an old convent from the 17th century in the centre of St. Fargeau, the historical capital of Puisaye, the museum and its team take visitors on a tour of the history of sound discovery: from mechanical musical instruments that still work to this day to the very first gramophones of the early 1900s up to 1960s. Furthermore, the museum gives visitors the opportunity to explore the world of radio, from the earliest experiments to transistor radios.

The history of the museum of St. Fargeau

The museum is located in St. Fargeau, the old historical capital of Puisaye in the west of the territory Yonne.

In 1994 the museum's first ever collection was donated by Mr. Armand Noguès, former mayor of the village and industrial entrepreneur specialized in the construction of steel frames. Pierre Bordier, mayor of Saint-Fargeau until 2008, moved quickly to make the former city hall available to accommodate this public collection. This building is a former convent which was later transformed into a town hall and ballroom during the 3rd French Republic.

In 1995, a first selection of devices from the Noguès collection was exhibited on the ground floor of the museum. In 2000, the General Council (Conseil général) of Yonne, the museum’s main benefactor, acquired a collection of gramophones, radios, and mechanical musical instruments from Lanobre in the Cantal. These acquisitions lead to the creation of an outstanding and unique public collection in Europe. Today the museum fills most of the old convent building.

Sound is one of those rare physical phenomena that had already been correctly explained by the ancient Greeks. They had grasped its essential functioning by observing the vibrations of musical instrument strings. They thus concluded that sound is an undulating phenomenon. Caused by the vibration of a body (string, diaphragm) that disturbs the initial state of equilibrium, air oscillates in the same way that a wave spreads along the surface of water, thus creating sound. Source: Flammarion science dictionary.

In 1807, an English scientist by the name of Thomas Young invented a device that could engrave the movement of a tuning fork on a revolving cylinder blackened by smoke. This major invention became the basis for recording and analyzing sound.

In 1854 Frenchman Léon Scott de Martinville began his research on sound visualisation. On 26 January 1857 he received a patent from the Académie des Sciences for his phonautograph. This patent described ‘a method of drawing or writing by sound, and for graphically multiplying the result in view of industrial applications’. This device bore a close resemblance to the future phonograph but its application was limited, as it could not reproduce sound. Despite that, the phonautograph became the first machine to record sound waves.

Sound Discovery was able to continue with the invention of a device that recorded and reproduced speech through a purely mechanical method: the gramophone.

French poet and eternal inventor, Charles Cros was a man of great curiosity and imagination during his short life (1842-1888). He established the principals of the photographic reproduction of colours, telegraph technology, and sound reproduction.

On 18 April 1877, Charles Cros wrote a letter to the Académie des Sciences with details of ‘a method to record and reproduce the phenomena perceived by the ear’. It was the first time the world had heard of a description outlining a mechanical method to reproduce sound. Unlike Thomas Alva Edison, Charles Cros was not well-known in industrial and scientific circles. Unfortunately, he never had the financial means to make a prototype and market his invention known as the phonograph. He died in poverty on 9 August 1888.

During the industrial revolution in the second half of the 19th century, Thomas Alva Edison was a celebrated inventor and a symbol of the American dream. He was characteristic of an American society driven by technology and pragmatism.

Hundreds of inventions are ascribed to Edison, such as the microphone, the incandescent lamp, and the kinetoscope. He conceived the first phonograph in December 1877 in his laboratory in Menlo Park with his partner John Kruesi. The foundations for this invention had officially been laid by Charles Cros in April 1877. Edison’s first version, mediocre in quality, was perfected with time.

The phonograph turned humanity’s dream into reality: to reproduce speech and sound mechanically. As his life was coming to an end in 1931, Edison enjoyed the recognition for his inventions that revolutionized the lives of millions of people.

The discovery of sound continues in the museum of St. Fargeau…

Discover further inventions in the museum of St. Fargeau, such as the flat disk by Emile Berliner, the history of the dog named Nipper, the birth of the Graphophone Company, the story of the Pathé brothers and many more. Continue the exciting journey of Sound Discovery, from the roaring twenties to the 60s, from mechanical music to modern radios! 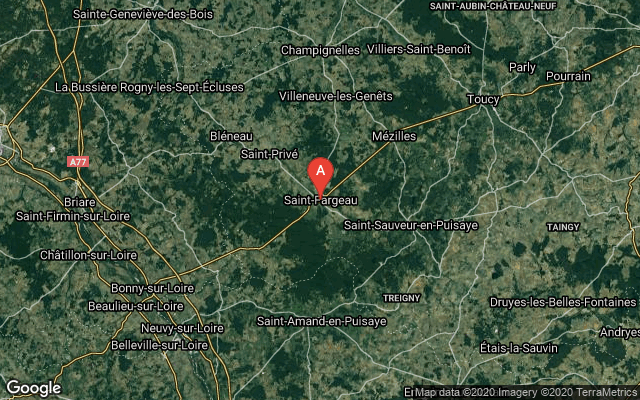 Two for one entry tickets

For visitors staying at the local camp ground "La calanque"

Every day except tuesdays :

The museum is accessible to people with reduced mobility.